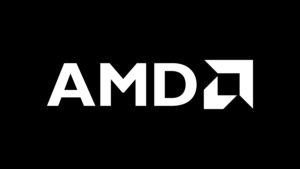 The AMD Ryzen 5 have been known to be the fastest made performing microprocessor in the world; and with the new AMD Ryzen 5 5600G, it has been made to unleash the performance you always wanted in a desktop environment.

This AMD Ryzen 5 5660G has been created by computer engineers specifically for people who wants to perform high duties in their desktop devices. Its possibilities are endless when it comes in terms of doing work like content creation such as Video Editing, graphic designing and more. 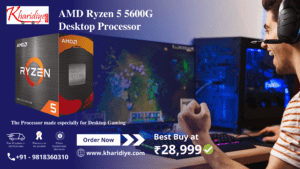 The AMD Ryzen 5 5600G has been made to make you attain victory in every game you play. The processor is the 5000 G-Series Desktop Processor that has the power to make the next generation of games to run smoothly, making sure that the motherboard does not lag the program while performing.

Desktop devices have the potential to do the important day to day tasks quickly. For this, AMD has made the AMD Ryzen 5 5600G processors exclusively for Desktops.

It’s core has been segregated to 6 core with 12 Threads. Making it easy for work load to be segregated to each of the core and your work to be done on time. Let the Processor unleash its performance to make your tasks complete.

With the increase in the number of cores, it also has the ability to make its clock rate perform the best from the base to it’s maximum. The base being 3.9 GHz means that even with 25 tabs of your Google Chrome being open, your desktop will perform well with no lag.

Yes, with high load performance one knows that the heat released will be a lot. However, the AMD Ryzen 5 5600G has been made to perform smoothly even at temperatures close to 100 Degree. So don’t need to worry about your processor over is heated.

However, to make the AMD Ryzen 5 5600G performance better, it is better that you have the best Graphics card installed in your desktops. Thus, Kharidiye.com has the best set of Graphics card from Asus TUF Gaming TUF-GTX1660S-O6G-GAMING. Built especially for Gamers who are ready to win always.

The AMD Ryzen 5 5600G, 5000 G-Series Desktop version has been liked by many gaming enthusiasts. We at Kharidiye.com acknowledges customers taste and preferences. Thus we are providing customers the best for their set.

This set of processor is not only made for the gaming purposes, but also to content creators. Today content speaks out the most. Content in the form of video and graphics.

These require high performance processors to continue the heavy work and complete it on time. Thus, the AMD Ryzen 5 5600G is the right set of processor for you, if you are a gaming enthusiast or a content creator.

So what are you waiting for? Go ahead the add to cart the Processor that has been made best for you. Hurry before stocks lasts.