TUF Gaming motherboards are specially designed and tested to survive and thrive in conditions where other boards would struggle. Engineered with highly durable components, these motherboards deliver unwavering stability for gaming sessions that last as long as you demand.

When you build with a TUF Gaming motherboard, you also benefit from the TUF Gaming Alliance — an ASUS collaboration with trusted industry partners that ensures easier building, the best compatibility, and complementary aesthetics from components to case. TUF Gaming motherboards offer easy and safe DIY builds by leveraging great design, innovative engineering, and strong partnerships with major component manufacturers. The unrivalled combination of military-grade TUF Components, TUF Protection and the TUF Gaming Alliance means that you can rest assured that your gaming rig will go the distance.

SafeSlot is the PCIe slot reinvented by ASUS and engineered to provide superior retention and shearing resistance. Manufactured in a single step using a new insert-molding process, SafeSlot integrates fortifying metal for an inherently stronger slot, which is then firmly anchored to the PCB through additional solder points. ESD Guards prolong the life of components while preventing damage from electrostatic discharge, providing protection for up to +/- 10kV of air discharge and +/- 6kV of contact discharge — greatly surpassing the respective industry standards of +/- 6kV and +/- 4kKV 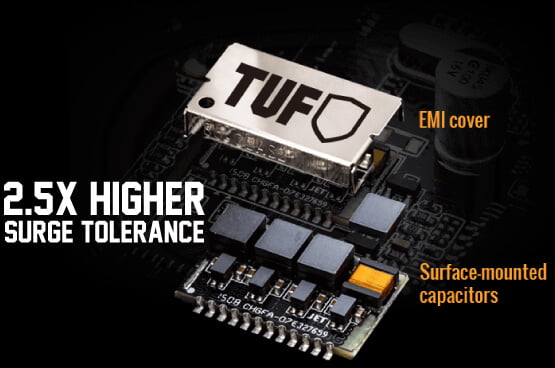 System temperatures are key to a stable gaming rig ― especially GPU temperatures. TUF Gaming motherboards include Fan Xpert 4 Core software that’s able to intelligently control system fans based upon the input of multiple sensors, including the temperature of ASUS graphics cards*. This ensures that your TUF Gaming system stays perfectly cooled, no matter how long you play. TUF X470-PLUS Gaming features the most comprehensive fan controls ever, configurable via Fan Xpert 4 Core and our award-winning UEFI BIOS.

TUF Gaming motherboards are subjected to stringent tests to ensure they’re ready for any gaming environment. That foundation is backed by extensive validation lists that include memory kits for a range of budgets. Whether you’re building a gaming PC that hits the performance sweet spot or aiming for sensible specs, it’s easy to pick the right kit for your TUF Gaming rig. Hone your battleskills with exclusive DTS Custom onboard audio. Utilizing advanced emulation techniques to create positional cues via stereo headphones, DTS Custom takes onboard audio to a new frontier. With three presets ― Aerial, Soundscape, and Tactical ― for different genres, you’ll have a distinct advantage in every game.

The ideal audio envelope for MMO, RPG, action and horror games — your ears will put you in the center of the action!

Experience audio as though hovering above the game world, with sound coming from ahead — perfect for MOBA, RTA, strategy and sports titles!

Shhh — is that an enemy just around the corner? DTS Custom emphasises detail for stealthy play, so you’ll detect and locate every footstep!

A well-tuned system deserves a matching aesthetic. ASUS Aura offers full RGB lighting control with a variety of functional presets for the built-in RGB LEDs as well as strips connected to the onboard RGB headers. And it can all be synced with an ever-growing portfolio of Aura-capable hardware. With dual backward-compatible USB 3.1 Gen 2 Type-A, you’ll experience ultimate connection flexibility and blazing data-transfer speeds of up to 10Gbps – or twice as fast as USB 3.1 Gen 1.

Speed Up with Onboard M.2 With x4 PCI Express® 3.0 bandwidth, M.2 supports up to 32Gbps data-transfer speeds. It’s the perfect choice for an operating system or application drive, making your PC and apps work as fast as possible. 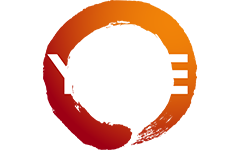 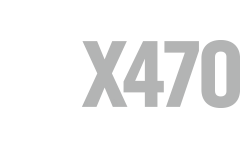