Dressed in professional attire, the PRIME-X570-PRO-CSM series cater to users with serious pursuits in mind, who prefer to put their Ryzen processors to more productive use which is compatible with Ryzen processors. PRIME-X570-PRO-CSM, known for its all-around specs and ASUS signature features, includes a wide range of tuning options for accessible performance. ASUS Corporate Stable Model is a commercial program designed to provide stable and reliable motherboards. Offering up to 36-month product lifecycle support. 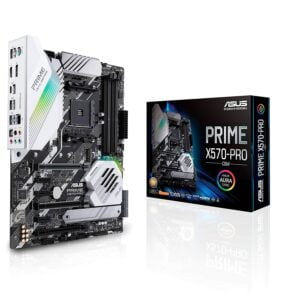