Delivering the latest NVIDIA Ampere architecture experience in its purest form, the ASUS Dual GeForce RTX 3060 Ti melds performance and simplicity like no other. Leveraging advanced cooling technologies derived from flagship graphics cards, the Dual opts for substance over style, the perfect choice for a well-balanced build. Buckle up and engage cutting-edge gaming prowess

NVIDIA’s GeForce RTX 30-series graphics cards have redefined PC gaming performance, and the GeForce RTX 3060 Ti continues the Ampere onslaught. It brings more next-generation graphics power to a friendlier price than ever. Whether you’re playing traditional rasterized games or enjoying the next-generation effects of real-time raytracing in tandem with NVIDIA DLSS 2.0, the GeForce RTX 3060 Ti is ready for blistering 1080p and 1440p gameplay. We’ve put our own spin on five new GeForce RTX 30-series graphics cards, each tailored to a different type of system build. Whether you prefer the unbridled performance of ROG Strix, the subtle solidity of TUF Gaming, the straightforward and sensible ASUS Dual and Dual Mini cards, or the unique style of the new ASUS KO series, there’s a GeForce RTX 3060 Ti graphics card that’s right for you. The ROG Strix GeForce RTX 3060 Ti holds nothing back To match the groundbreaking power of Ampere GPUs, ROG engineers have redesigned the iconic Strix cooler from the ground up. The ROG Strix GeForce RTX 3060 Ti takes advantage of our biggest and boldest air cooling system yet. It’s designed to fully unleash the potential of the GPU underneath at noise levels that barely rise above a whisper and operating temperatures that will make you shiver. 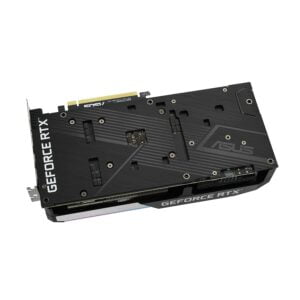 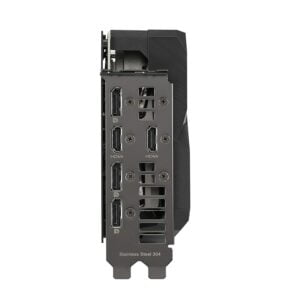 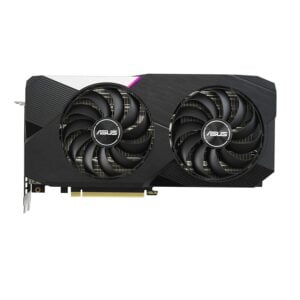