Designed for those seeking to get the most out of their build, ASUS ROG Strix B550-A Gaming Motherboard and its series motherboards offer a feature-set usually found in the higher-end ROG Strix X570 Gaming series, including the latest PCIe® 4.0 connectivity. 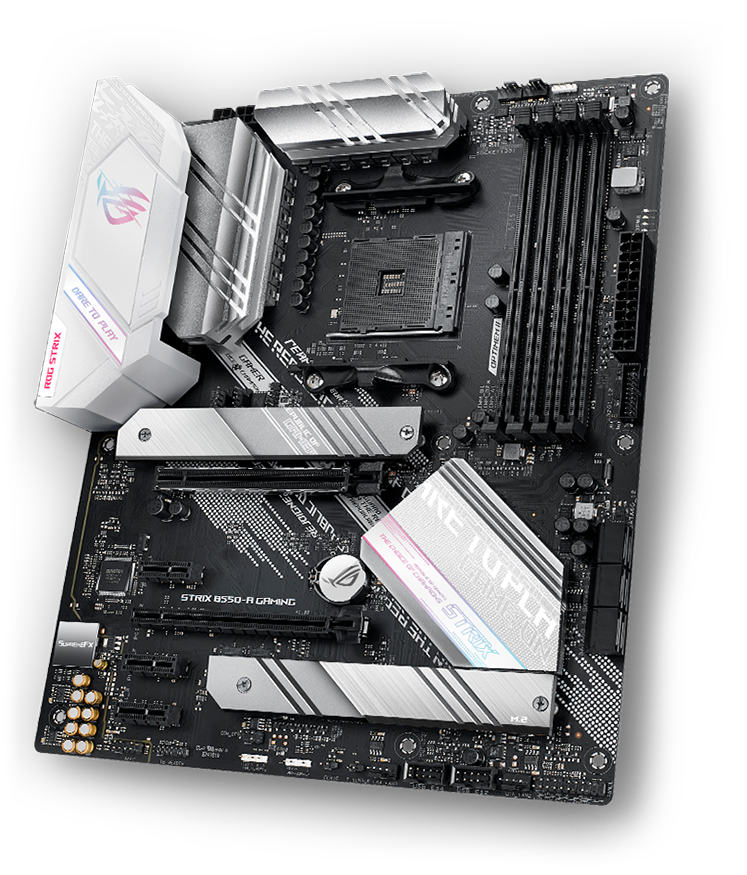 Audio enhancements give you a massive advantage, allowing you to pick up on the subtlest of cues for a completely immersive gaming experience. 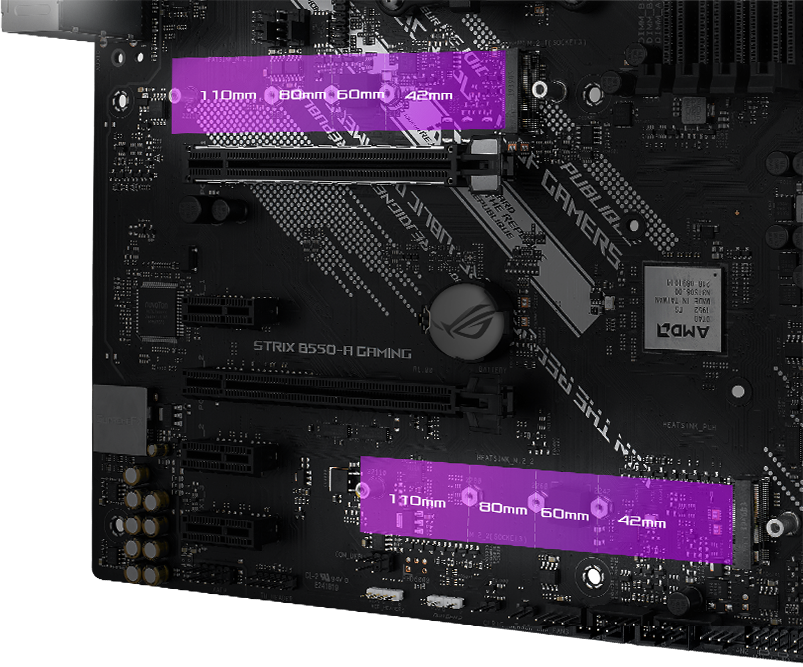 Both M.2 slots in the Asus ROG Strix B550-A Gaming Motherboard support up to the type 22110 socket and NVM Express RAID for a performance boost.

Along with ensuring a flat frequency response for a neutral, detailed sound signature, it offers two front-panel outputs driven by op amps that deliver high-quality audio to gaming headsets.

Finished in stunning white and silver, and featuring the redesigned ROG logo and recessed cybertext markings on its I/O shroud. 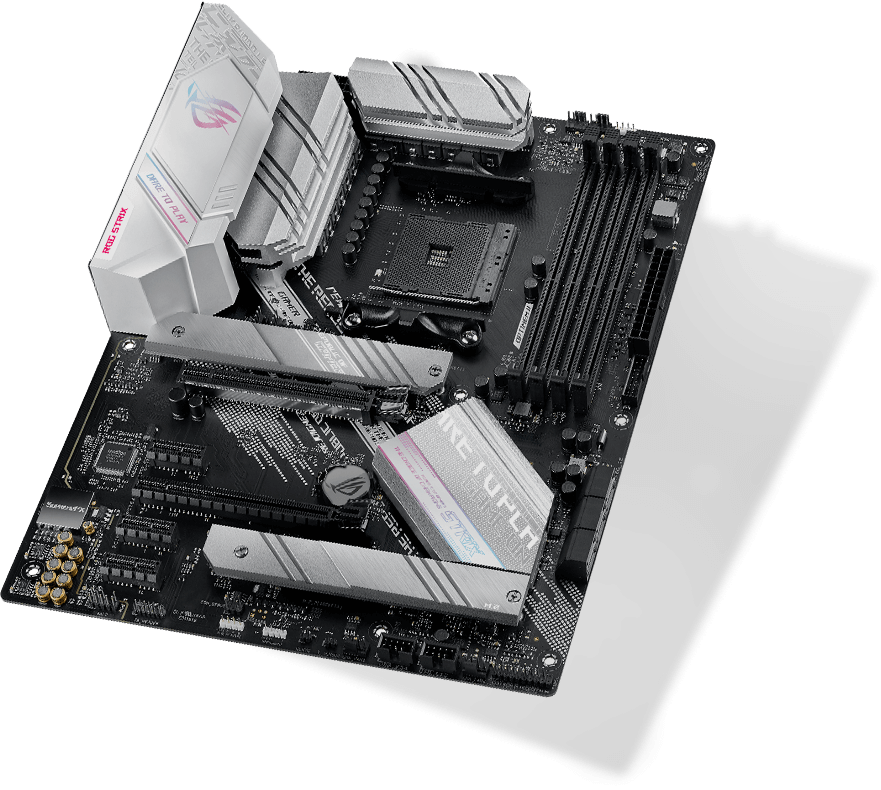