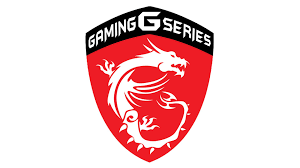 Get the MSI B450M Pro-VDH with AMD 3400G Desktop Processor Combo Processor from Kharidiye.com at the best price. Best Features include:

For the AMD 3400G Desktop Processor:

About the AMD 3400G Desktop Processor:

MSI is no stranger to building high-performance motherboards. Their R&D and engineering teams have reviewed countless designs, evaluated a wide selection of high-quality components, and developed products for reliability even under extreme conditions.

MSI Motherboard are built with a variety of connectors to satisfy gamers.

Also MSI Motherboard are equipped with Enhanced audio, advanced LAN networking capabilities, USB and Mystic Light to turn any gaming experience into an immerse one. 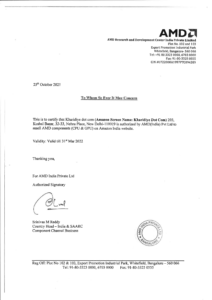 The AMD Ryzen 5 3400G is among today’s best values for an entry-level CPU that will stand alone in a PC build or upgrade, without a discrete GPU. There is No Requirement for Graphics card until you plan to use a Good One.

A combo that’s surely to land among the list of best CPUs for gaming because it can push playable framerates for low-resolution gaming if you’re willing to make the trade-off of lower quality settings.

AMD Ryzen 5 has made significant improvements, though. The move to from the 14nm process to 12nm, along with an optimized Zen+ design, yields solid performance improvements that include a nice bump to the CPU and GPU clocks.

That combination, along with a beefier bundled cooler and Solder TIM, makes the AMD Ryzen 5 3400G the processor to beat for systems built around integrated graphics for low-resolution budget gaming rigs.

Desktop devices have the potential to do the important day to day tasks quickly. For this, AMD has made the AMD Ryzen 5 3400G processors exclusively for Desktops.

It’s core has been segregated to 4 core with 8 Threads. Making it easy for work load to be segregated to each of the core and your work to be done on time. Let the Processor unleash its performance to make your tasks complete.

With the increase in the number of cores, it also has the ability to make its clock rate perform the best from the base to it’s maximum. The base being 3.9 GHz means that even with 25 tabs of your Google Chrome being open, your desktop will perform well with no lag.

Yes, with high load performance one knows that the heat released will be a lot. However, the AMD Ryzen 5 3400G has been made to perform smoothly even at temperatures close to 100 Degree. So don’t need to worry about your processor over is heated.

However, to make the AMD Ryzen 5 3400G performance better, it is better that you have the best Graphics card installed in your desktops.

Thus, Kharidiye.com has the best set of Graphics card from Asus TUF Gaming TUF-GTX1660S-O6G-GAMING. Built especially for Gamers who are ready to win always.