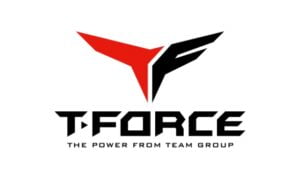 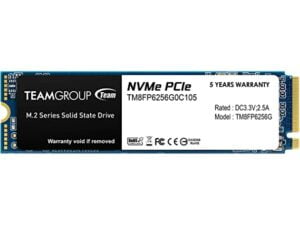 With 3D nand flash memory, it is a great bargain and the performance is excellent. Both laptop and PC users can afford it easily, making it the best choice for upgrading. 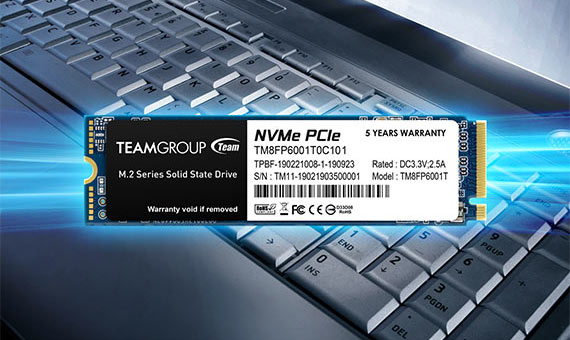 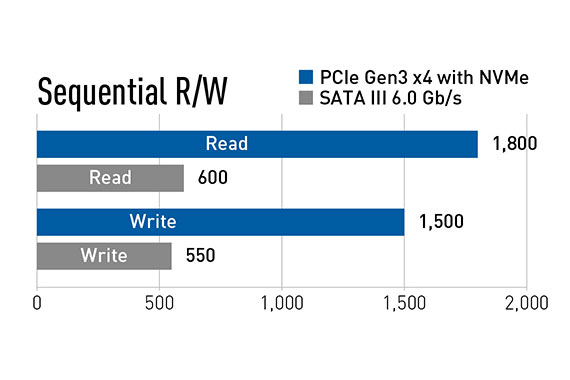 The finest and smoothest gaming experience and extremely high-speed performance without any lag even loading heavy duty video/graphics editing software and games. 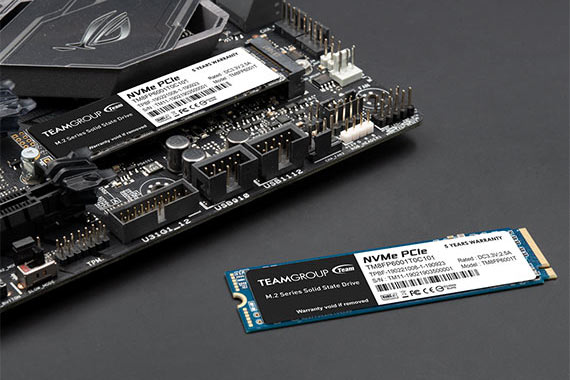 Using the size of current mainstream specification 2280(W:22mm x L:80mm), it can be directly installed in the M.2 slot on the latest Intel and AMD motherboards.

The Teamgroup MP33 256GB NVMe PCIe SSD is lightweight, thin, compact and supports Intel and AMD’s new platform. Suitable for players who have needs in speed, and it is the top choice when it comes to upgrading PC or laptop. 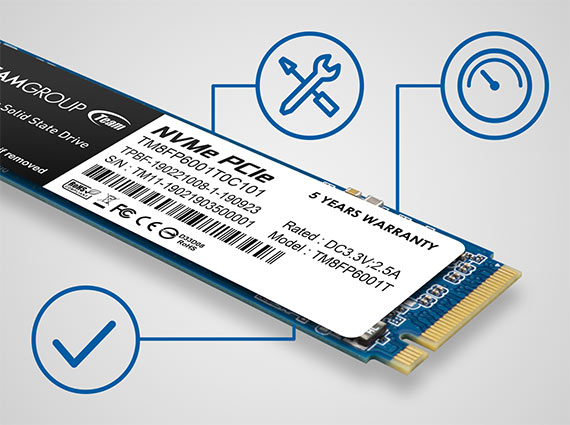 Enhance the service life of the solid state drive and bring it to its maximum performance.

Meanwhile, the powerful Wear-Leveling technology and ECC (Error Correction Code) function improve the accuracy and reliability of data transfer and prolong the service life of the solid state drive.

Team Group Inc. was founded in 1997 in Taiwan. To aim at the global layout of R&D technology and manufacturing in memory products, the chairman of the board, Mr. Danny Hsia established the headquarter in 1997 in Taipei. Team Group Inc. possesses professional research and development capabilities, high quality products, rapid productivity, a tightly-knit global sales network and complete customer services. In addition to ranking among CommonWealth Magazine’s top 1000 enterprises, it has also become one of the fastest growing 3C product manufacturer and a world’s leading brand in recent years. Team Group Inc. has been publicly listed on the Emerging Stock Market since October 2010. Team Group Inc. also listed company at stock exchange market in January 2019. (Stock code: 4967)